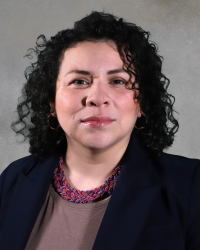 Dr. Linda E. Young was elected on November 2, 2008 and re-elected on November 6, 2012, and re-elected on November 8, 2016, to the Clark County School Board of Trustees. She is serving her last four years of a three four years terms for a total of 12 years as a school board of trustee. She represents students, parents, schools, and communities in District C in the Clark County School District. She served as school board officers as the Clerk in 2010, Vice-President in 2011, 2014 and 2017, and President in 2012, 2015, and 2016.and member of the Clark County School Board of Trustees 2009-Present. She received her Bachelor of Science in Spanish, Speech, and English, and Master of Science in School Psychology from the University of Dayton, Dayton, Ohio. She has educational teaching certificates in English, Spanish, speech, special education, nationally certified in school psychology from the University of Colorado Springs, Colorado, and school administration certificate from University of Nevada, Las Vegas. She is currently nationally certified throughout the United States as a school psychologist and has served as a school psychologist in the Dayton Public Schools, Troy, Ohio Public Schools, Colorado Springs Public Schools, and the Clark County School District in Las Vegas, Nevada. She received her Doctorate in Educational Leadership from Northern Arizona University, in Flagstaff, Arizona, where she developed the nation's first transitional program for 12th Grade Learning Disabled Students who receive dual credits from the Clark County School District and the College of Southern Nevada.

Dr. Young has also been an adjunct professor in special education at Nova University and has taught part-time in the undergraduate and graduate programs in Multicultural Education in the Curriculum and Instruction Department at the University of Nevada, Las Vegas. Dr. Young is a passionate voice and fervent advocate for equity, diversity and inclusion education, special education, dropout intervention and prevention, STEM, STEAM, and at-promise programs for under-served and under-represented students, parents, and communities.

Dr. Young continues to make extensive presentations to audiences regarding equity, diversity, and inclusion education, multicultural education, special education, and dropout intervention and prevention to educators, school district staff, and communities who serve diverse student populations. She has written articles for various newsletters and professional publications. Currently, she is the author of The Village Newsletter, a contributor to Our Own Voices, The Urban Voice, and the book: "A Reading on Expectations" published by McGraw-Hill.

Dr. Young's interests and hobbies include poetry writings in her book published 2015 "Life's Snapshot of Soul" and The Pretty Little Red Rose series will be published in the future. She supports schools, neighborhoods, organizations, and educational programs for students, parents, families, educators, and communities.